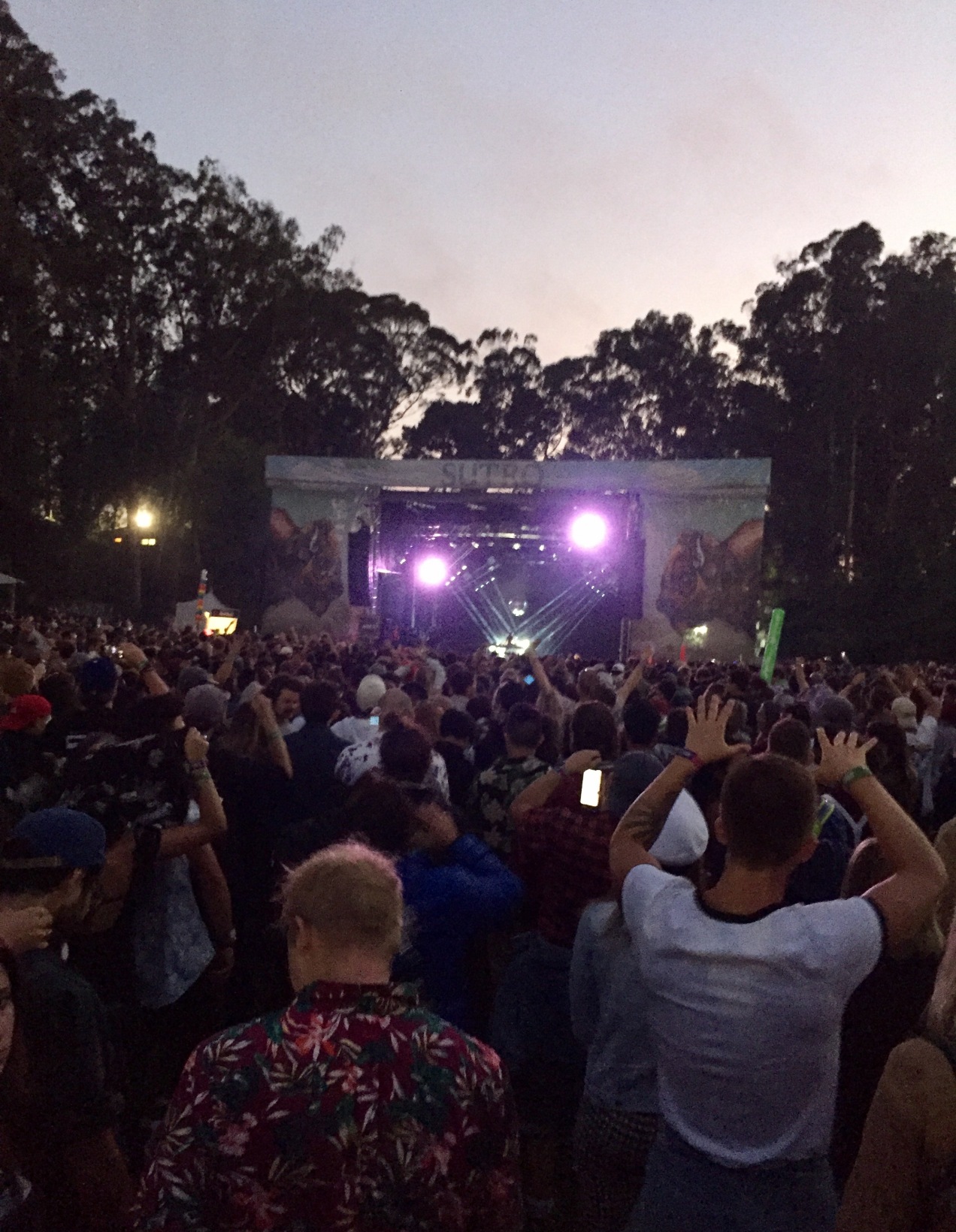 “They’re going up by the inflatable squid.”

It wasn’t until D-Man shouted this that I actually took stock of our surroundings. The squid? That tiny fucking squid way up there? It seemed a mile away, within the heart of chaos and excess. I figured we’d lose those two for the rest of the night. “Meet at the empanada stand if you get lost”, we had said earlier.

The scene was grander than I had imagined – more people, bigger stages. The only other time I was in a confluence of energy so giant was Munich, six years ago.

Odesza was impressive. It was what it needed to be. In a way, they delivered what I expected them to – positivity, movement, energy – and it was fulfilling. Seeing them was long overdue.

The shirtless guy, however? The nutcase chugging wine, doing brainless sketches with his bandmates between songs? Even with flowebrother’s insight, I wasn’t prepared for Mac DeMarco. He was a maniac. A carefree goon. An accidental superstar. I wasn’t witnessing a polished band play for a paycheck, I was watching a crew of pals – jokesters – simply making music and having fun. Bravo, Mac, bravo.

Day Two brought sunshine, and with it, steadily flowing beer. When we gathered the motivation to leave the backyard and head to the park, we arrived to the experimental sounds of Bon Iver. It wasn’t the vibe we desired – too calming. Give us something to move to.

We found it at Jamie xx. Mesmerizing, intense and unpredictable, he wasn’t there to cater to the casual fan; he was there to craft a genuine DJ set. He played songs I’d never heard; songs that made the crowd uncomfortable; songs that gave me flashbacks to warehouses in southern Spain.  He did not play two of his biggest hits. As daylight faded and darkness took over, he turned the crowd into a frenzy, and I loved it. Charley didn’t quite get it. Sam was a goner. Everybody was doing something.

It’s a surreal feeling to see a performer after they’ve only previously existed ever so frequently within your headphones.  Since I first learned about Tash Sultana, she has captivated me. Her energy, her spirit, her flare. I saw her come alive on that final afternoon, and she did not disappoint. As the sun set – physically on the evening, metaphorically on the festival – we tapped our feet to the vibes. It was tribal, passionate, authentic.

I never even saw the damn empanada stand.

It occurred to me in 2017 that experiencing music is much different than hearing it. Let’s imagine you’re at work and you give Discover Weekly a go. A carousel of data-driven reccomendations is wheeled out and you’re presented billboard climbers and diamonds in the rough – all with some potential (at least algorithmic potential) of resonating with your current state.

The reality is that most of the sounds slide right off you, disappearing back into the internet from whence they came. But some songs produce a type of friction – a sudden awareness that pulls you into the moment.

It’s kind of like Tinder. You may be compelled to believe that there are thousands of potential matches, but there’s really only a handful of people willing to meet in person and even fewer who want to connect on a deeper level.

We want to write about those second dates. The solid matches. The songs that make you experience music as an active force. The tunes you play again and again, as if by listening once more, you may get to the bottom of what’s important.

In the spirit of experience, here are a few songs that defined my 2017.

Despite my best efforts, I can’t get into country. Once, while visiting my brother in Montana I got close, enjoying how the sharp Southern drawl made wheel lines seem like religious labor. What could be more important than driving to feed the cows? Then, I’d hear pop country (the genre Wheeler Walker has used to shit-talk his way to fame) and would return a skeptic.

Which is all to say I didn’t expect to like Chris Stapleton, a soft-spoken Southerner who seems to inhabit a different musical universe than Luke Bryan or Florida Georgia Line. Like any country star, Chris Stapleton loves to sing about whiskey bottles and desert winds, but unlike his counterparts, he seems to bridge a transcendental gap, crafting music that can ring from the inside of honkey tonk bars to a gridlocked work commute.

Beach Fossils – Be Nothing

You always had something

You wish you had nothing

Still a loosely defined genre, indietronica blends two disparate worlds, running an electronic current through the traditional live band set up. Imagine long hair swaying over delay peddles, downtrodden beats, and the celebration of total melancholy. Give in and there’s relief – a weightlessness or what I imagine a sensory deprivation pool to feel like.

Of course there’s a limit to so much reverb, a line that Washed Out pushes, sometimes approaching numbness. Where Beach Fossils excels is the rush of the bridge, as the song builds to a crucial guitar solo, forty seconds of intense exhilaration – a shot of adrenaline to pull us out of our stupor.

2017 was a hell of a year for Soundcloud. In July multiple news outlets reported that a shutdown of the music streaming service seemed imminent. Money was drying up and when you stopped to think about it, who owns a Soundcloud Pro account anyways?

Then, an emotional response surfaced, as bloggers and users ran through their lists of remixes, mashups, and bootleg tunes that only Soundcloud could produce. Anticipating the shutdown, a few engineers rushed to archive everything. I got ready to mourn my “like” tab on Soundcloud – a nostalgic tour de force of electronic misfits.

Soundcloud was saved and appears (for the moment) to be stable. Out of the turmoil, one thing became apparent, Soundcloud is valued more than it’s bottom line may indicate, and it’s still a treasure trove of galaxy hop and other futuristic sounds.

A few weeks after ODESZA’s new album, A Moment Apart, debuted, I still hadn’t listened. I felt like maybe I was over their brand of music. Since hearing How Did I Get Here almost five years ago, the masses had taken notice, followed by sellout shows in Berkeley and major commercial spots with top-notch brands.

That and Anthony Fantano, “the internet’s busiest music nerd,” waved off the album with a single Tweet.

I feel like this Odesza album is trying to sound as big as a XXL shirt, but it’s really a L that shrinks to a M in the wash.

When I finally did listen, I was struck by the odd sensation of parting the seas on some degree of musical snobbery. I was aware of a public persona and a private one. There was me, the music blogger, and me, the listener – both with their own agendas. One thinks about music, and the other simply enjoys it.

ODESZA’s classic refrain, a chattering, metallic rhythm section that powers their music like a locomotive train, made me realize that you should never turn your back on guilty pleasures. They’re too much fun.

Motion in the South from The Aftermath Music on Vimeo.

‘As little kids we used to catch him staring. Unblinking and wide eyed, he’d watch couples argue at our favorite Chinese restaurant. We ridiculed him for staring, telling him it was weird and unnerving, but years later I’m realizing that even at a young age he was just a keen observer with an eye for critical details.

This same razor-sharpe awareness for people and place is evident in a recent edit he made about his study abroad experience in South Africa, earning him a spot as the Adventure of the Week.’ 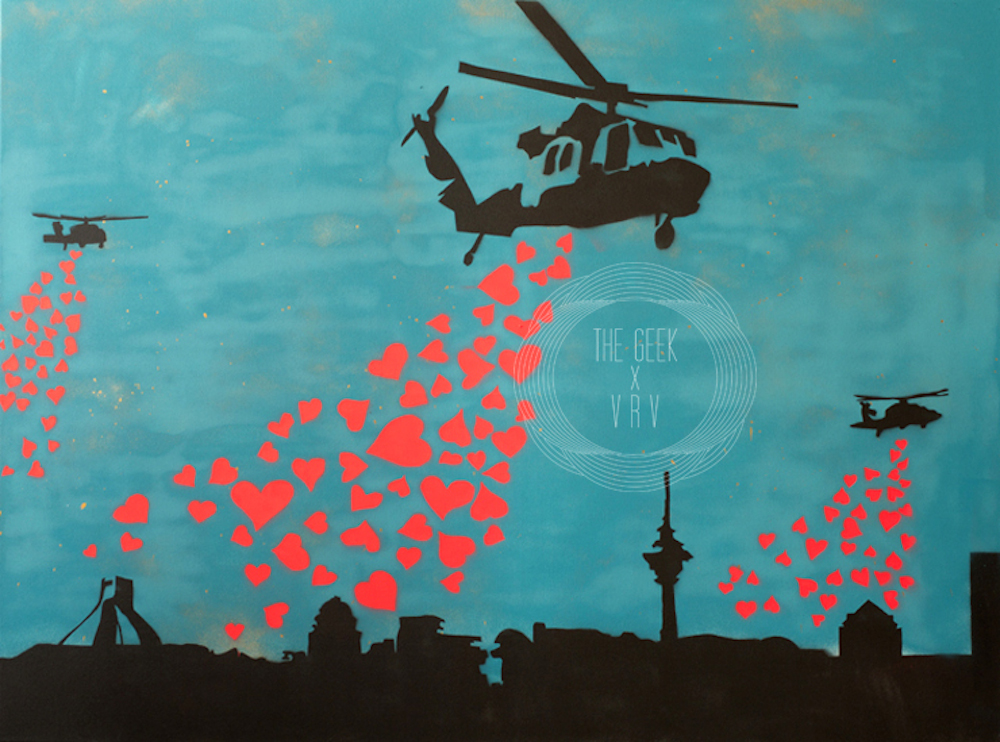 New music has many sources. Spotify, Shazam, Soundcloud, Hype Machine, etc. But I swear my best finds are by word of mouth – a night out, a couple tequila shots deep and the sound system bumping.

The latter was my introduction to The Geek x VRV. The french duo won me over for three reasons.

Reason #1: The song below contends with 20 Syl’s Voices for best electro-rap jam of the year

Reason #2: They breathe new life into the most re-mixed song of 2014

Reason #3: They do a very good Pretty Lights impression

This week, for the first time in a blissfully short professional career, I have been locked into the mind-numbing stockade that is an office workplace. It’s all coffee, elongated bathroom breaks, and bad office jokes. My existence feels about as valuable as one of those tiny numbers that I plug into an endless Excel sheet.

What’s the best way to pass the day? (besides daydreaming about that cute girl in marketing).. I plug in my headphones and drown out the buzz of the copy-machines and that chatty fellow from accounting with a cacophony of synthesized, thrusting, cracking, hyped-machined and re-worked pop jams.

My fingers type and groove to Thomas Jack:

My feet tap the linoleum floor to the beat of MUTO‘s JT remix:

I lovestep with Just A Gent:

And finally my inner-high-school-girl breaks out and I flat out sing with Charli XCX in ODESZA‘s newest remix:

And look, Marketing Hottie is up to get a cup of coffee, and subsequently so am I. Things will get better. 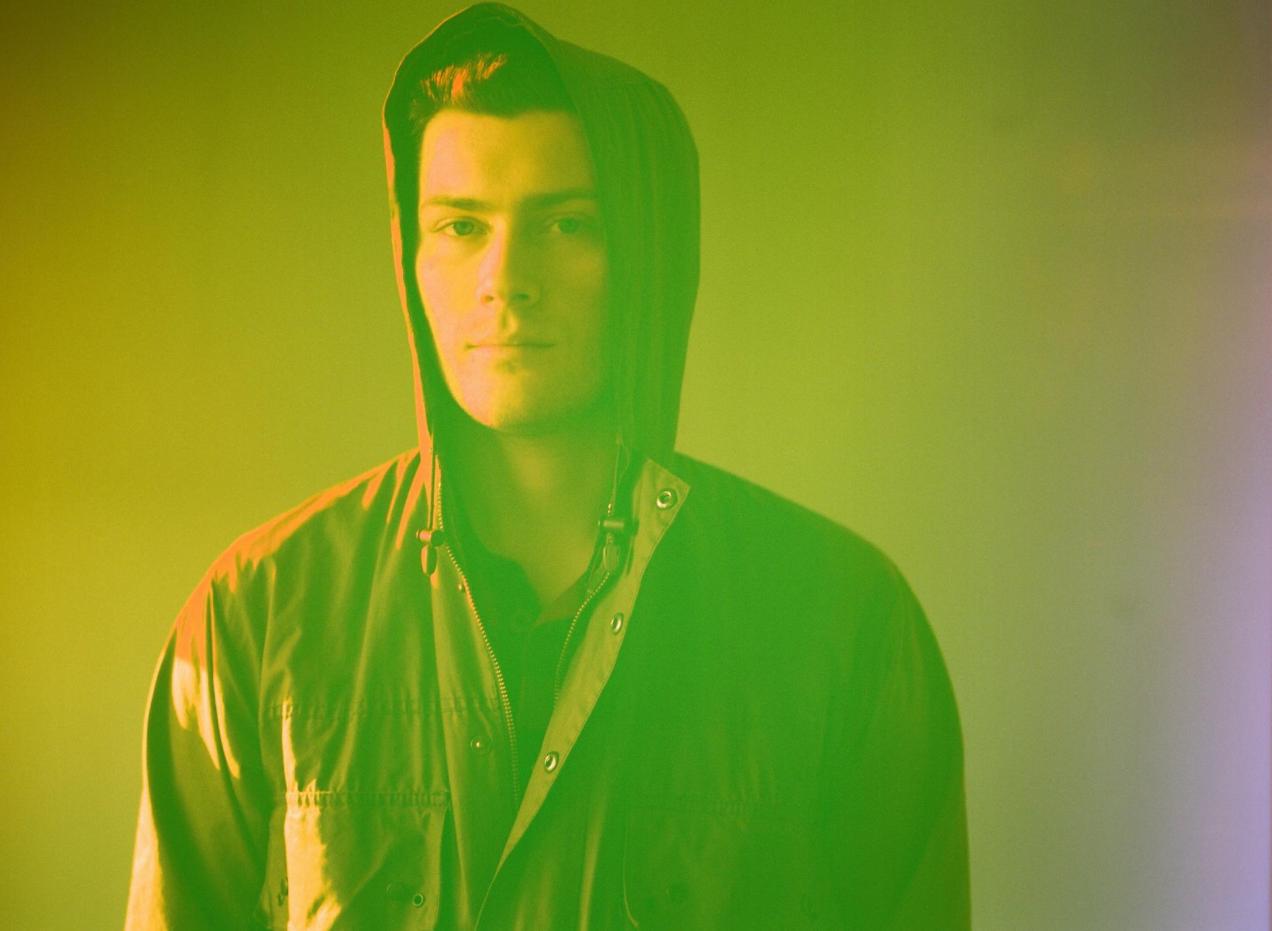 Kept an eye on Grizfolk since seeing them live. Add RAC to the mix and we’ve got a cool song in our earbuds.

Earlier this year RAC made magic on another Grizfolk jam. On the topic of RAC: they are a multiple member group whose name stands for Remix Artist Collective. Members come and go, but the name stays eternal. Recently he (currently the most prolific RAC jockey is a Portuguese man named Andre Allen Anjo) took his talents to the much hyped and tampered with ODEZSA track Say My Name. The original is outstanding and Aftermath favorites Star Slinger, Hermitude, and RAC are all taking swings. 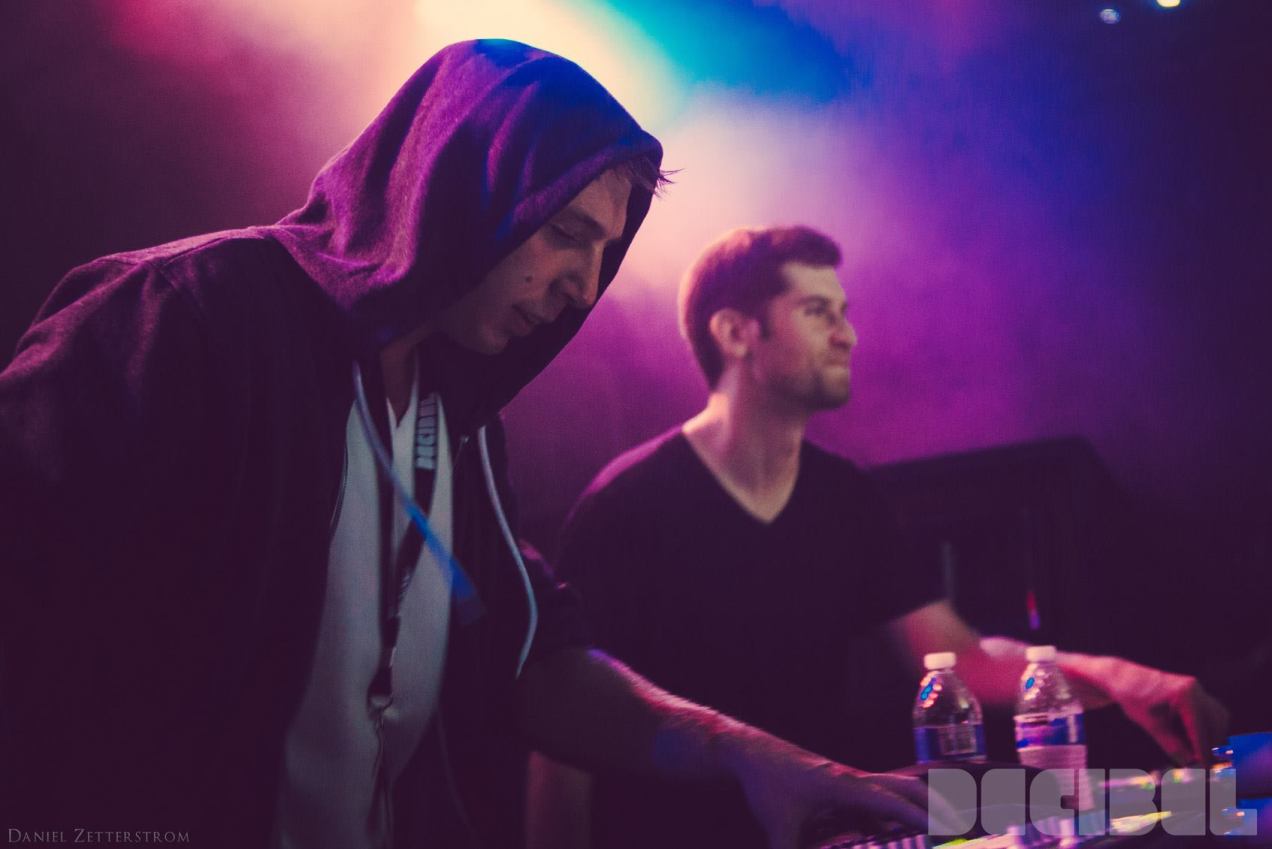 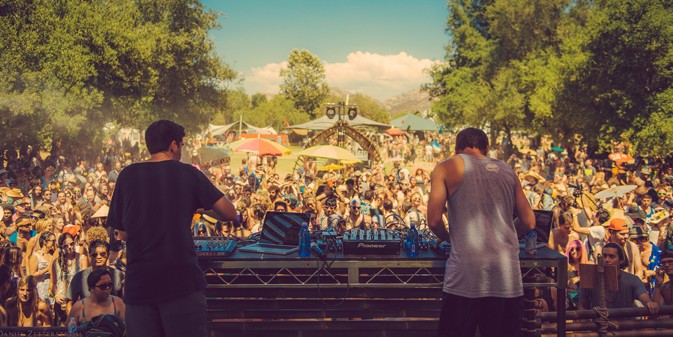